While pondering on the fact that it’s already September and this year has flown by (wasn’t yesterday New Year’s or something), I suddenly realized that my reading schedule is about to pick up with some most excellent releases.

First up, that heroine of mine JK Rowling.

I can’t believe I didn’t mark my calendars. Actually it’s probably a good thing or else I would’ve died with anticipation but her new book, the Casual Vacancy, comes out this month.

Synopsis: When Barry Fairbrother dies unexpectedly in his early forties, the little town of Pagford is left in shock. Pagford is, seemingly, an English idyll, with a cobbled market square and an ancient abbey, but what lies behind the pretty façade is a town at war. Rich at war with poor, teenagers at war with their parents, wives at war with their husbands, teachers at war with their pupils…. Pagford is not what it first seems. And the empty seat left by Barry on the town’s council soon becomes the catalyst for the biggest war the town has yet seen. Who will triumph in an election fraught with passion, duplicity and unexpected revelations? Blackly comic, thought-provoking and constantly surprising, The Casual Vacancy is J.K. Rowling’s first novel for adults.

Upon remembering this joyous news, this has totally been me.

Meanwhile, I’ve been researching this sexy beast here. I refer to him as Gay Overlord and Master, you all probably know him better as John Barrowman. And speaking of the sexy, case in point:

Anyway, he and his lovely sister Carole penned a most excellent YA novel entitled Hollow Earth:

The audio book is read by his hawtness himself. My reaction to this news:

And one more pic of the lovely siblings.

In October Scott Tracey is back with the second installment in his Witch Eyes series, Demon Eyes. 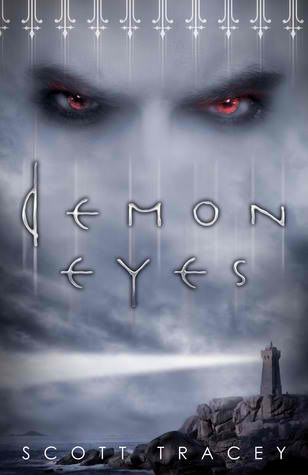 Synopsis: After destroying the demon Lucien, Braden—son of Belle Dam’s most powerful warlock, Jason Thorpe—doesn’t need the power of his witch eyes to see that everything in his life is turning against him: friends, family, and even his visions. When disturbing nightmares of Lucien’s return haunt him, Braden discovers that the simmering feud between the city’s two witch dynasties is fast approaching its explosive boiling point.

While struggling to come to terms with his attraction to Trey, Catherine Lansing’s son who should be his mortal enemy, a diabolical plan starts to unveil before Braden’s eyes. Young women are disappearing from Belle Dam, and as he investigates, Braden is forced to explore the dangerous unknown power within himself. But when the truth about his family is revealed, Braden must pay a terrible price.

And the anticipation and excitement of Demon Eyes has me doing this here:

I’ve been a huge fan of Tom Sniegoski’s best-selling series, The Fallen. It has consistently gotten better with each title.While I’m still reading End of Days, I was stoked to find out today that the Fallen 4 is out as well.

Synopsis: The war between Heaven and Hell rages on. The devil has possessed Lucifer’s body and is intent on unleashing unfathomable chaos in the world. But no matter the cost, Aaron and the other Nephilim are determined to protect humanity.

As the casualties mount around them, Aaron and his beloved Vilma’s loyalty and faith will be tested. And in this next installment of the The Fallen series, they’re out to prove that what doesn’t kill you makes you stronger….

Don’t mind me, I’m just going to stare at the pretty that is this cover.

And speaking of the pretty, I’m just gonna leave this right here:

Who needs the fall tv lineup with so many awesome books.