So let’s discuss movies. Movies previously seen and movies under consideration by yours truly. For the unfamiliar, I should probably explain my criteria for consuming media to provide proper context.

And now for our featured presentations:

The Great Gatsby-  I’m a huge Great Gatsby fan personally, in fact it was one the inspirations for my first novel Hollowstone. That said, this new slick stylized is leaving a bad taste in my mouth. And I’m usually down for anything with DiCaprio and Maguire. Think I’m gonna have to pass on this one.

42- I’m kinda undecided about 42. On the one hand it was enjoyable and I applaud the actors but honestly, there was something unsettling about the film and I couldn’t put my finger on it until the date I was with (a cute white guy) helped me figure it out. As my date cheered for the numerous scenes where the white characters made the epiphany that racism was bad, I realized what it was, this was a feel good movie made primarily for white audiences. This wasn’t so much about the life of Jackie Robinson or a truly deep exploration into the lives of blacks of that era, as it was a pat on the back for whites to feel good about themselves for ending racism.

And yet, despite my ambivalent feelings, I still encourage others to see this film. If for no other reason than to encourage more movies like this to be made. I may watch this film again and I reserve the right to completely change my mind on this one. 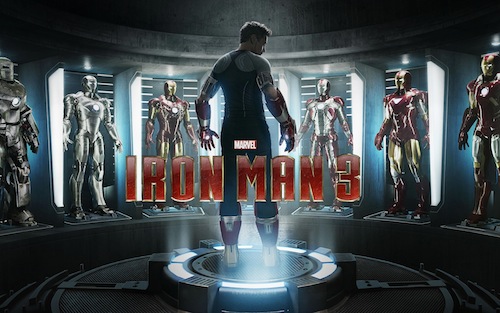 Iron Man 3- I liked the first Iron Man movie, it was entertaining and that was mainly because of the Avenger hints. That said, I’m probably going to skip Iron Man 3. And most of my friends will be shocked to hear that as much as a comic book geek as I am, I’m probably also going to skip the Captain America and Thor sequels for the same reason. Reason being this:

Of course, I’ve been really impressed with how Robert Downey Jr. has been standing tall for his Avengers castmates to get paid with the Marvel contract negotiation controversy  so I may have to reconsider a DVD rental for that alone.

Now You See Me- It appears to have potential. This film strikes me as being immensely cerebral and seriously Morgan Freeman and Michael Caine, that’s enough right there to convince me. I’ll have to see this one.

Star Trek: Into The Darkness- It appears the reports are true in that Khan is being whitewashed (frak your spoilers) in the new Star Trek film, Into the Darkness. I guess the latter part didn’t apply to the characters.

Why this was a bad move on Paramount’s part. Because people of color have a miniscule representation in media, whitewashing the few characters of color in existence is always a bad move. Whitewashing characters in Star Trek was the worst move possible and here’s why. Star Trek carries a legacy and a responsibility of being racially progressive and groundbreaking for its era. Even with the TNG and DS9, new ground was broken with marginalized characters taking on very central and leading roles.

The late and talented Ricardo Montalban left us with a legacy in establishing one of the most iconic characters not only in Star Trek but speculative fiction. And said iconic character was a person of color. So no, Star Trek does not get any kudos for me, nor do they get my money. I might check out the film on DVD, if then.

G.I. Joe: Retaliation-  Real talk, this was the one movie I was looking forward to the most this year. It was wonderful to finally have a person of color as the lead in a comic book film. And my man, the Rock, delivered. This film exceeded all of my expectations and had me cheering. This movie is what the kids would call a flawless victory.

Superman: Man of Steel- Not gonna lie, I can take or leave this film. I loved Superman Returns (YEAH I SAID IT, NOW WHAT?!!!!) which to me was a love letter to the Man of Steel so any other Superman movie is going to be hard to top. But I’ll go see it if for no other reason than the eye candy known as Henry Cavill.

Fast & The Furious 6- This franchise continues to improve with each sequel and the latest installment is no exception. I’ve become a fanboy for this franchise and it’s quickly reaching comic book proportions with the larger than life characters and the epic plots. And speaking of plots, F&F 7: prepare to be transported adrift. 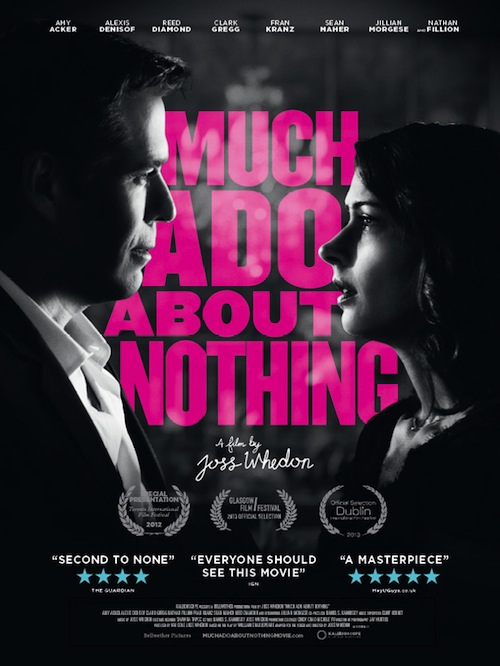 Much Ado About Nothing– Confession time. I am not a Shakespeare fan under any circumstances and try to avoid his work like the proverbial plague. But I will be first in line to see this film simply because Whedon is rocking it. Behold the power of all things Joss.

So here are my thoughts on movie selections. What about you? Any films you’re dying to see?

7 thoughts on “Let’s Go To The Movies”