[Originally published at The Nerds of Color]

For those of you who aren’t aware, this year marks the 51st anniversary of the Rankin/Bass Rudolph The Red-Nosed Reindeer holiday special which airs annually on CBS. It’s a holiday special that I’ve always found unsettling.

I attended Catholic school between the third and the fifth grade and with the exception of two Asian students, I was the only POC in our entire grade. Let’s just say at 8 years old I received a crash course in racism and we’re going to leave it at that.

Each year we would watch the animated classic of Rudolph. There was always something disturbing about the story. It wasn’t until last year when I came to the epiphany that the tale is a metaphor for the minority plight.

You see Rudolph represents the Other (insert minority of your choice). An individual who was born different from those in power. And rather than being respected as a peer, he was ridiculed, denigrated, and kicked off the North Pole.

Where Santa was and why he didn’t “reign” the bigots in is beyond me? After all this is the man who makes a list and checks it twice, trying to find out who’s naughty and nice. So quick to judge our children, but can’t practice what he preaches. Even though he was in a position to do the right thing, he chose to do nothing… Then again, when you look at the discrimination minorities face, this is pretty typical of too many Caucasians.

I could also use the time to discuss that my affinity for Rudolph’s BFF Hermey should’ve been my first clue that I drove stick (perfect hair, different, a misfit, elf, oral fixation, cute blond), but that’s another discussion for another time. And by the by, I’m here for the Misfits.

We all know the story about the foggy Christmas Eve, Santa asked Rudolph to lead his sleigh and save Christmas with his bright red nose. Rudolph does so and he finally wins “love” from the other reindeer who accept him for the same thing he was discriminated against in the first place.

There’s a serious problem with this.

Personally, I would’ve told Santa which part of my red-nosed anatomy he and the others could kiss. Because of all of the hatred and humiliation Rudolph endured, he would’ve been well within his rights to do so. I’ve discussed this before with others and in response I was told “he would need to get over it” or “stop being so sensitive.” Not unlike what is told to me and other POCs every time we’re on the receiving end of an attack by white supremacy. Get over it. Cute advice. I often wonder if that applies to white southerners regarding that Civil War business.

I think that’s a major part of the problem. Bigots and the privileged majority have gotten accustomed to marginalized people “rising above,” “being the bigger person,” and “getting over it.” In other words, they don’t have to reap any consequences for their actions. More than that, a POC being the “bigger person” is being the punching bag for bigots. Maybe Christmas should have been canceled. Kids would’ve been disappointed, sure, but Santa and the reindeer would’ve learned that bigotry always comes back to haunt the bigot, as history has proven time and time again. Maybe the following year Santa and the reindeer would’ve learned. Maybe the whole world would have learned. 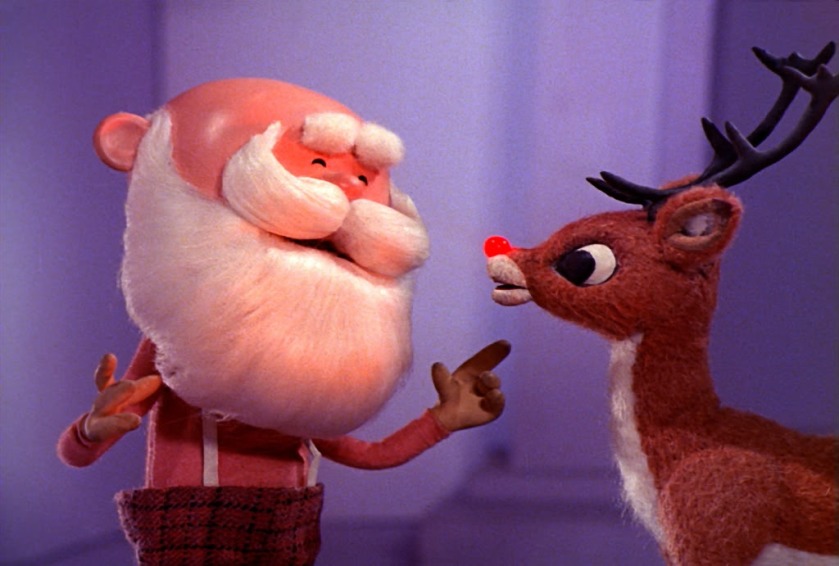 You see when you’re the other, you get treated as a pariah until you prove yourself as an asset worthy of some modicum of respectability. You’re an icky colored unless you’re exceptional in sports, can dance and rap and sing, or your culture includes martial arts and anime.

You’re a dirty perverted queer unless you offer excellent tips in being fabulous, do make-up or hair, and can provide keen insight into fashion and style. Or if you’re willing to be the asexual girlfriend and confidant of your cis heterosexual female “friend.”

Or better yet, when you’re the Other, maybe you’ll get to be president if we’re desperate enough to sit our racism aside and as long as you meet all unreasonable expectations and play Santa Claus and be all things to all people within less than a year.

From Rudolph’s plight we learned that when you’re the Other, you’re treated as inferior only until you prove yourselves as actually being superior and an invaluable asset, then and only then, if you’re lucky will you get treated as an equal… maybe.

Funny, the things we learn from cartoons.

One thought on “Reading Past Rudolph The Red-Nosed Reindeer”