(Originally published at Geeks Out)

This month marks the three year anniversary of the series finale of the BBC’s Merlin.  By no means is it an all-time favorite show and more than a few formulaic eps I could’ve done without. But the show had its charms and when it brought it’s A-game, the show delivered moments that were nothing short of magic. See what I did there?

All the same, I find myself plagued with all the feels. So much so that it’s forced me to break out into song.

FEELINGS. WHY MUST I BE CURSED WITH ALL THESE FEELINGS, YEAH?

One of the main reasons for the show’s success is the talented cast who fans found themselves often cheering for (Gwen), laughing at (Merlin and Arthur) or loved to hate because they were so deliciously naughty (Morgana).

A photoshoot of the cast brought on the nostalgia For the sake of length I’m going to keep the retrospective on the core four, otherwise I may be tempted to write an ode to the hotness that is Anthony Stewart Head. 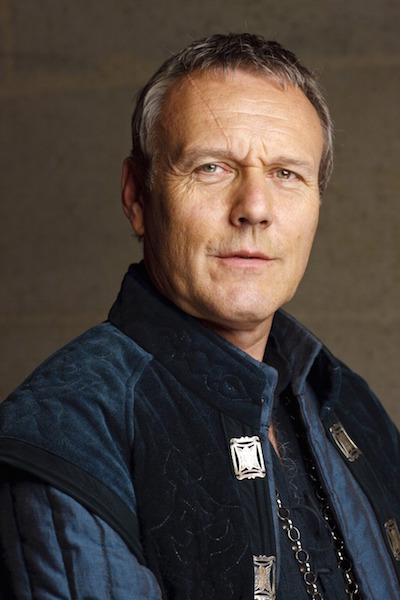 Merlin- This Merlin was different from the other versions I’d seen in the past. One of the key aspects about Merlin, be he young or old, even more so than his magic was his wisdom. I would’ve loved to have seen a wiser Merlin. Nevertheless, despite the uneven writing of the character at times, Colin Morgan delivered like a boss in each of his performances.

More than that,  he should’ve come out of the closet back in season 2. He wasn’t fooling anyone. Given that magic and witches were allegorical for the Other, it definitely would’ve contributed to the overall arc of the series and it would’ve shown a progression of Merlin as the young warlock comes into his own as both a a sorcerer and a man. But that’s my two cents, your mileage may vary.

Morgana- If you’ve read any King Arthur tale, then you knew it was inevitable that she would discover that she had magic. You also knew that she would inevitably turn villainous. What I did not expect was for Morgana to be one of the most sympathetic villains I’ve encountered to date.

Morgana had been thrown under the bus since day one. Uther had lied to her about her paternity. She discovers she’s of magic in a land where practicing the art is not only frowned upon but outlawed under the penalty of death. She’s betrayed by almost everyone including Merlin, one of her closest friends, and perhaps the one person who could’ve reached her and stopped all of this bloodshed.

This was a fact Merlin acknowledged in the climactic scene of the series finale. While much of her quest was fueled by vengeance, it also took on the form of battling a corrupt and oppressive system. Morgana evolved the most throughout the series and seeing her portrayal by the lovely and immensely talented Katie McGrath was a delight.

Arthur Pendragon- Much like Merlin, this take on Arthur took some adjusting for me. As someone who read T.H. White’s The Once And Future King, seeing Arthur as Fratboy Jock as opposed to the humble and meek underdog (the role Merlin was in) was a bit of a switch. Abusive and insufferable in season one, I was relieved when the writers toned his arrogance back and made him more redeemable with him being on the receiving end of a lot of slapstick comedy. Few actors can pull off the lovable jerk and Bradley James should be commended for that.

Arthur was never the great and powerful leader that Merlin thought he was destined to be. Yes Arthur grew into the role and he was a great warrior, but when it came to great leadership (and for that matter character growth), that was more due to Gwen’s and Merlin’s influence.  As The Great Dragon said, the glimpses of the future were not the future but what the key players needed to see and act on in order for the future to take place. While Arthur was never destined to be the great ruler to bring about the new age of peace and prosperity to Camelot, he played a key part in securing that said great ruler would do so.

And who was said great ruler? 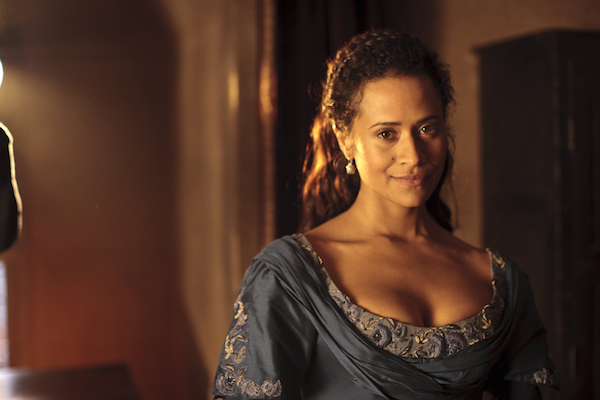 Guinevere Pendragon- Oh yes. The Once and Future Queen. The last Pendragon standing. The writers didn’t always do this incredible character justice. The Lancelot scandal and the torture brainwashing, seriously writers, what the hell? Gwen was also on the receiving end of a lot of hatred in fandom by white fangirls because of her romance with Arthur. Because heaven forbid this brilliant beautiful sister appreciate the sexy of one Bradley James.

Despite all of that, Angel Coulby’s portrayal could not be denied.  With the exception of Morgana, Gwen evolved more throughout the series more than any other character. Coming from humble beginnings, her warmth and compassion made her a woman of the  people. Despite the classism that plagued Camelot, this “mere servant” navigated among the elite with grace and poise. Those attributes made her an effective advisor and friend to her husband and inevitably a wise and just ruler for Camelot. Her majesty definitely got the last laugh on all the haters when she took the crown and executed the treacherous Eira in a manner that was definitely breaking of the 4th wall.

“Oh no Eira, it’s a new day in Camelot. And with me running things now, I am no longer obligated to have mercy on treacherous duplicitous types. No safe negress for you. Oh no, no mercy for you. No more Briish Basic Beckies coming for me. You and everyone else is about to learn that this Gwen stands for the G in O.G. So you will be thoroughly executed while I enjoy the festivities while sipping this Earl Grey from that window over there. Because it’s a new day in Camelot and the Black Queen has risen.”

That may or may not have been head canon on my end but I apologize for nothing.

In the end, the mere fact that I’m still looking back on this show in a fond and nostalgic light, speaks volumes about how special this little show on the BBC was. The key to that goes back to the amazing actors who brought these incredible characters to light. I’m not sure what the future lies in store for McGrath, Morgan, James and Coulby, but I will certainly keep an eye out and I look forward to seeing what they do next.

And for the sake of nostalgia, here’s one more look at these awesome individuals in the aforementioned photoshoot. The Adventure Lives On: 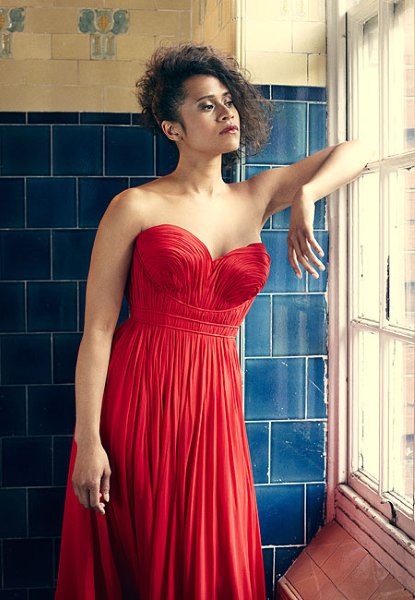