Today on Black Girl Nerds I provide a character study on one Jessica Pearson of USA’s legal drama Suits and spinoff  Pearson.

I also take the opportunity to give praise, honor, and glory to Perfection Herself, Gina Torres. 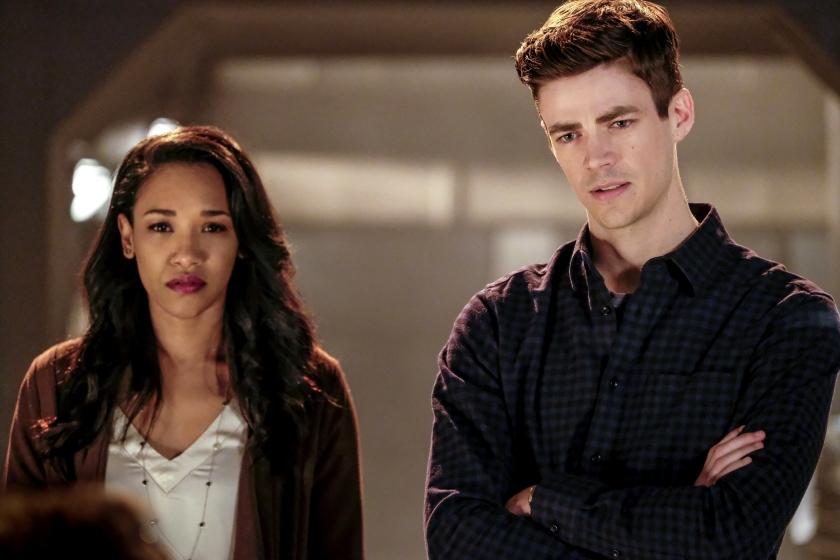 “It’s okay. A girl’s gotta be her own hero every now and again.” —Iris West-Allen

Today on Black Girl Nerds I provide a character study of the exquisite and incredible Iris West-Allen played by the talented and lovely Candice Patton on CW’s The Flash.

But first a visual tribute to the MVP of the Arrowverse.
END_OF_DOCUMENT_TOKEN_TO_BE_REPLACED

It’s always the quiet ones. Even more so if they’re also the little guy. This is most certainly the case if that quiet little guy is one Phil Coulson.

Coulson isn’t exactly a character one would initially expect to have a loyal following, much less receive a spin-off tv series. Played flawlessly by the charming and handsome Clark Gregg, when Coulson first debuted in Iron Man, he made it a point to be as quiet and non-assuming as humanly possible.

Understandable, given that he is a secret agent. 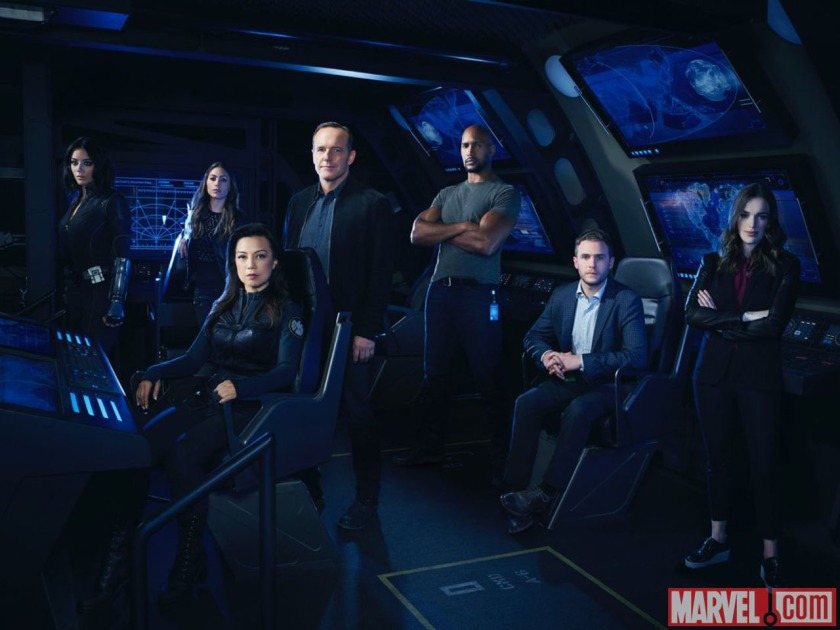 END_OF_DOCUMENT_TOKEN_TO_BE_REPLACED

Even though Agent Carter is a miniseries airing during the winter hiatus of Marvel’s Agents of S.H.I.E.L.D., the series continues to establish itself as one of the most important narratives Marvel has produced for reasons explained here.
The showrunners capitalized on a great storytelling opportunity in providing a powerful backstory to Agent Carter’s fellow countrymen and associate, Edwin Jarvis, Howard Stark’s butler and friend.

END_OF_DOCUMENT_TOKEN_TO_BE_REPLACED

It’s always the quiet ones. Even more so if they’re also the little guy. This is most certainly the case if that quiet little guy is one Phil Coulson.

Coulson isn’t exactly a character one would initially expect to have a loyal following, much less receive a spin-off tv series. Played flawlessly by the charming and handsome Clark Gregg, when Coulson first debuted in Iron Man, he made it a point to be as quiet and non-assuming as humanly possible.

Understandable, given that he is a secret agent.

While most people would take Coulson at face value, a few of us immediately recognized that when it came to our Secret Agent Man, there was more to him than meets the eye.

END_OF_DOCUMENT_TOKEN_TO_BE_REPLACED

While some people spent most of their day trying to police and dictate my dating life (and failing abysmally), I was busy making moves. In the lab with the pen and the pad, I was doing that thing I do so well.

Celebrating ‪#‎BlackSpeculativeFictionMonth‬, I wrote a piece entitled Character Study: Doctor Martha Jones for The Nerds of Color. Apparently the piece went over very well with readers, including one Freema Agyeman.

With October being #BlackSpeculativeFictionMonth, it seemed only appropriate to put the spotlight on an amazing black character. Zoe Washburne, the big damn heroine of Firefly/Serenity, portrayed by Perfection herself, Gina Torres, seemed like an excellent selection.

END_OF_DOCUMENT_TOKEN_TO_BE_REPLACED

[Scene: Attending a party where friends are discussing their favorite Doktah.] 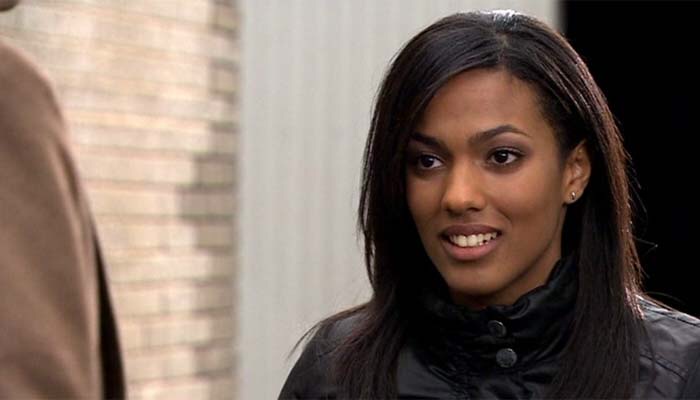 To say that Dr. Martha Jones is simply a companion would not only be doing a disservice to the character but to the impact and legacy that she left on the Doctor Who mythos. She began as a companion but we soon discovered that she was in fact, much, much more.

While each companion represents the audience as we travel with the Doktah, I also noticed that former showrunner Russell T. Davies illustrated that said companions personified different aspects of humanity.

Take Rose Tyler for instance. Not only was she the eyes and the voice of the audience and we traveled with the Doctor vicariously through her, but she was very childlike and represented humanity’s innocence, or was supposed to anyway. The way she’s been written from time to time…moving on. Rose was there to inspire the Doctor and heal him from his emotional scars from the Time War with the Daleks and pull Nine away from the ever-looming darkness that threatened to consume them. Her warmth always motivated him and it was little wonder that he fell in love with her. Her childlike innocence was also why she was able to selflessly release the power of the Tardis after she garnered it, without hesitation or a second thought. I also have to give props to actress Billie Piper who was the only reason a character like Rose was as redeeming as she was. A lesser actress would’ve reduced Tyler into a petulant brat and admittedly Rose skirted that territory a time or two courtesy of the writers.

Jones was resourceful, smart, self-reliant, she was already studying to be a doctor and there were several times throughout series 3 where the Doctor got taken out and Martha had to save the day and had Rose been with him in those predicaments, that would’ve been their game over. Martha’s journey also represented the minority experience. 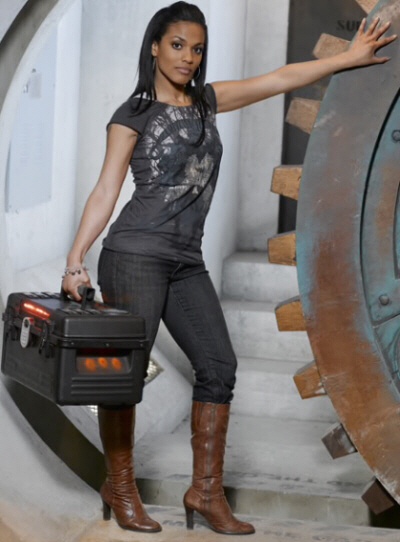 While humble yet precocious and superior to most of the people she encountered, she was often denigrated and underestimated by legions of myopic humans because of her gender and her race. Sadly the bigotry Martha endured by both the writers and in fandom has been well-documented. 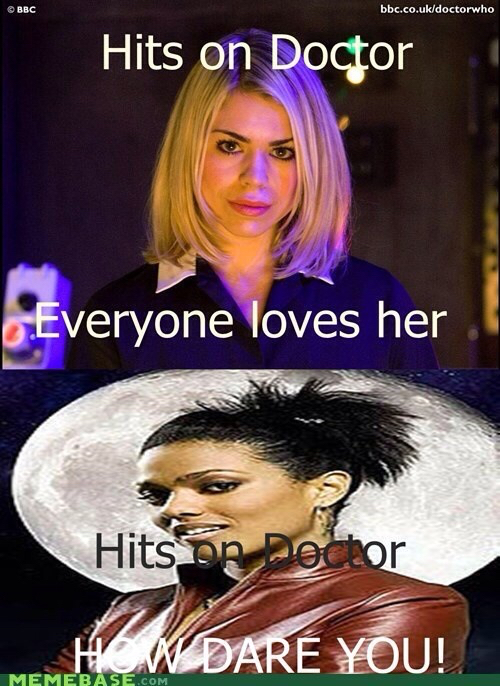 Yes, how dare Martha be attracted to someone who is as hawt as David Tennant. And then there was this: 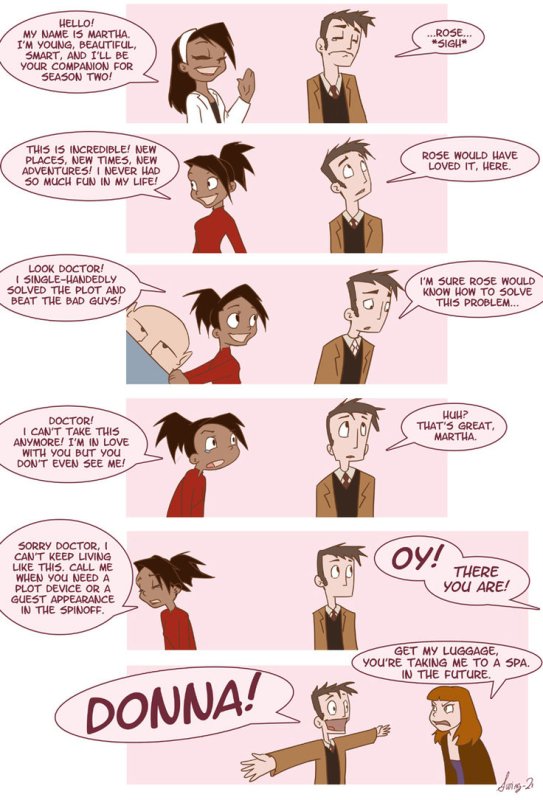 As the comic strip illustrates, Martha was constantly compared to Rose and was on the receiving end of emotional abuse from 10. While the subplot in and of itself could’ve led to some excellent storytelling, the problem is that the Doctor was never called out on his abuse and as a result the narrative established that abusing this young woman was perfectly acceptable. It’s no secret that the Doctor (of any regeneration) can be a dick, but even this was a new low, even for him. Sadly this also feeds into another trope that whites abusing people of color is perfectly acceptable behavior. For a talented and progressive storyteller like Davies, this was a huge blunder.

Rewatching season 3 recently, I realized another there was another reason for the backlash against Dr. Jones. Agyeman and Tennant had amazing chemistry on screen and a Smith & Jones pairing would have easily rivaled Ten and Tyler. Which is saying a lot because Piper and Tennant also had excellent chemistry as a pairing. And many people resented the pretty and smart black girl coming between their pretend alien boyfriend and their blonde audience insert. 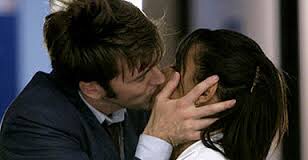 Racism and misogyny were a consistent theme throughout Martha’s run. In fact despite her skills and accomplishments, she was constantly dismissed because of her race and gender by numerous foes.

Like most minorities, Dr. Jones used their ignorance and hubris to her advantage. Because their bigotry forced them to dismiss and underestimate her, Jones easily outwitted and defeated her foes and saved the world, time and time again. The Master is a prime example. Having taken over the world and having neutralized Torchwood, its leader immortal Capt. Jack Harkness and the Doctor, the triumphant Master had all but dismissed Martha as any legitimate threat.

As a result, the human Doktah delivered one of the most cerebral power plays since that of Keyser Soze.

Unlike most people, I wasn’t shocked by the move as Jones had proven herself capable of this sort of brilliance throughout the season.

What the Master, the Doctor, and countless others fail to understand is something writer John Scalzi mentioned on once on his blog. When you’re a minority, particularly a person of color, you’re playing life on the hardest setting possible. Moreso for Jones who is in fact a woman of color. For blacks and other people of color we have to work twice as hard and be twice as superior just to receive a fraction of our accolades. Martha’s poor treatment is proof of that. That’s a world of pressure and pressure from the world. Pressure crushes, and pressure also creates diamonds. The most priceless of diamonds are known as black excellence.

Unlike Rose or Donna, Martha didn’t have to become god-moded in order to save the world. She did that simply by thinking on her feet and relying on her wits. 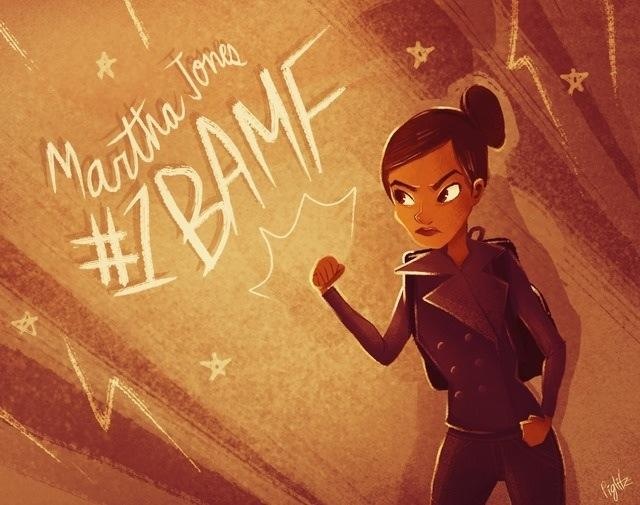 If ever there was any worthy successor to the Sarah Jane Smith legacy, it is without question Martha. Sarah’s arc was that she was a bright young ingenue whose journeys and experiences with the Doctor led her to evolve into a formidable champion. Sarah is arguably the greatest companion of all time. Martha doesn’t really qualify as a companion, at least not in the traditional sense simply because she was the Doctor’s equal. As she mentioned to 10 at the end of season 3, she was a doctor like him. She was always like him. She is the embodiment of wonder and potential that the Doctor always sees in humanity.

Despite setting off to chart her own path, we would see Martha time and time again. As a member of UNIT and in a team-up with Torchwood.

Maybe one day we’ll have the opportunity to watch her in an ongoing series again like the Dr. Martha Jones Adventures. It would be a proper tribute to the legacies of two phenomenal women. In any event, here’s hoping we haven’t seen the last of this incredible heroine.

Despite everything, in the end the Doctor came out triumphant. Doctor Martha Jones that is.

Dedicated to the late Yvonne Craig 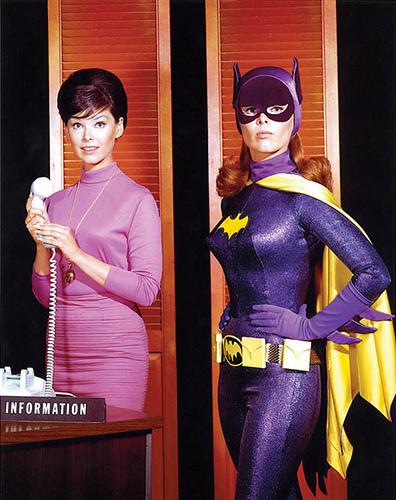 It’s a shame how much Barbara Gordon/Batgirl is perhaps one of the most underrated characters in comics and pop culture. Not surprising that many dismiss her as little more than a “female Robin” or a lesser spinoff character of the caped crusader.

END_OF_DOCUMENT_TOKEN_TO_BE_REPLACED

Over on Nashville Geek Life, I continue my new series entitled Character Study and celebrating Black History Month by discussing the journey, characterization, and reception of my favorite Doktah. Of course I would be talking about the one and only Dr. Martha Jones.

The Doctor is in.

#wisdom #indigenousandproud #catholic
"It's my duty as a writer is to get you to think about issues in ways you may not have considered before. If you aren't then I'm not doing my job." -Monica Roberts #monicaroberts #transgriot #blackexcellence #andiquote #lgbtq #lgbt #freedomfighters #weloveus #writersofinstagram #lafamilia #blackgirlmagic #mysquadronisbetterthanyours
#skeletor #heman #odetoselfcare #wisdom
#writersofinstagram #wisdom #auteur